Of bhakti and prem....a bond close to my heart... (Spirituality and Love)

Out beyond ideas of wrong and right, there is a field.
I will meet you there. 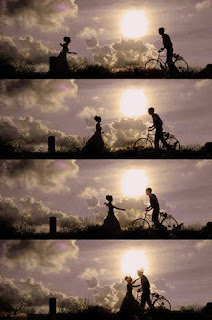 My first ever engagement with Rumi, (I thought then it was Roomy) was when I was a teenager. I saw the The Rumi Darwaza,  also  known as the Turkish Gate, in Lucknow, Utta Pradesh, India. Rumi Darwaza is an imposing gateway which was built under the patronage of Nawab Asaf-Ud-dowlah in 1784. Oh! how I knew not at the time the meaning it would come to hold for me in later years of my life. 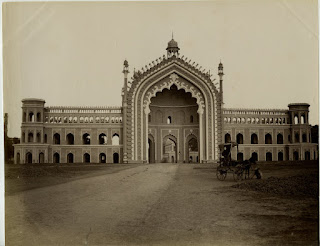 And then Rumi lay dormant somewhere in  my memory......
It is only recently that I became engaged in Rumi yet again, when I came across some verses that moved me deeply, and I realized how meaningful and powerful the verses are for the individual and the state of the world at large today.I say engaged “in”
Rumi  and not “with” Rumi, because once you get introduced to Rumi there is no way that you stay a separate entity than his words. To become 'one' with poetry, nature, love, mysticism, music…..that is the true meaning of spirituality, of life, and one can only ever be “in” the meaning not “with” it.

Rumi was born on the Eastern shores of the Persian Empire on September 30, 1207, in the city of Balkh in what is now Afghanistan and finally settled in the town of Konya (he is buried here too)  in what is now Turkey. (Mental note: to visit soon) Today all three nations: Iran, Turkey and Afghanistan claim him as their national poet. In fact none of these countries as they are today actually existed back in the time of Rumi. Iran was the Persian Empire, a monarchy much larger than what it is today. It included all of today's Iran and Afghanistan also parts of Pakistan, Turkmenistan, Tajikistan, Uzbekistan, Turkey and Iraq. Turkey had not yet formed then and Afghanistan was part of the Khorasan Province in the old Persian Empire.

Rumi recited poetry for about 25 years wrote ~70,000 verses in which he has covered every morsel of emotion, thought, idea and topic under the sun!

The general theme of Rumi's thought, like that of other mystic and Sufi poets of Persian literature, is essentially that of the concept of a union with his beloved (the primal root) from whom he has been cut off and become aloof — and his longing and desire to restore it.

Rumi believed passionately in the use of music, poetry and dance as a path for reaching God. For Rumi, music helped devotees to focus their whole being on the divine and to do this so intensely that the soul was both destroyed and resurrected.

In other verses Rumi describes in detail the universal message of love:
The lover’s cause is separate from all other causes
Love is the astrolabe of God's mysteries.

If we look closely we see elements of oneness with the creator and humanly love so intertwined in his works.....

Posted by Art and Ginger Chai Conversations at 11:23 PM