I read somewhere just this morning that your favourite ice-cream is as harmless as it looks..and that it does not make your cold worse or your nose run...good news I said!! well, not that a cold or a runny nose ever stopped me from having ice-creams and sundaes and shakes!! Talking of which reminds me.....I recently had answered a question which had tormented me forever.The question being....What does happen to cows during an earthquake? The answer my 10 year old gave me....they begin to give milk shakes.So, not an unsolved mystery anymore. 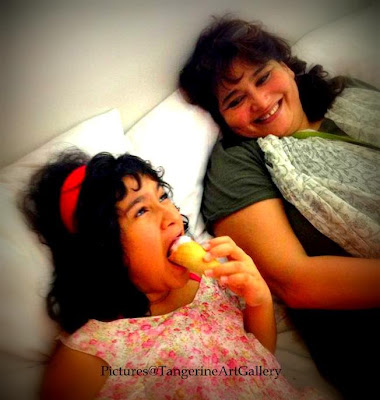 Getting back to the more interesting stuff of life life like ice-creams, here for your kind perusal are some pictures of us in ice-cream places in Phnom Penh,Cambodia like the loungy Blue Pumpkin, (left) there is no lying about your love for home-made ice-creams here!! which we simply must visit once or twice a week.Of course you do agree that all those walks and badminton games around the Riverside area must be polished off with some sumptuously delicious coffee shakes at Swensen's!! 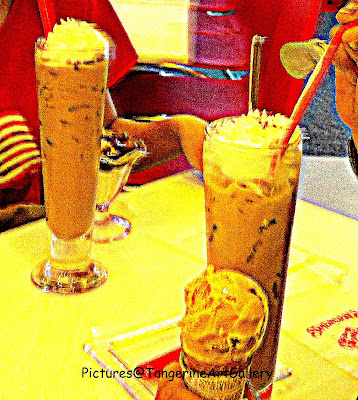 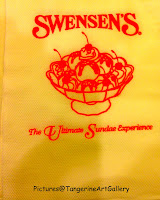 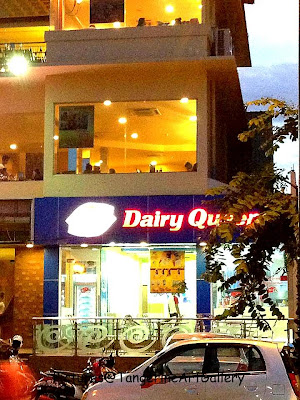 What I like best about Dairy Queen on Riverside Phnom Penh are their cute stumpy paper covered cones and the picture below. This one I clicked while I was attempting to click the Dairy Queen in the background and by golly!! I love this picture....don't you? 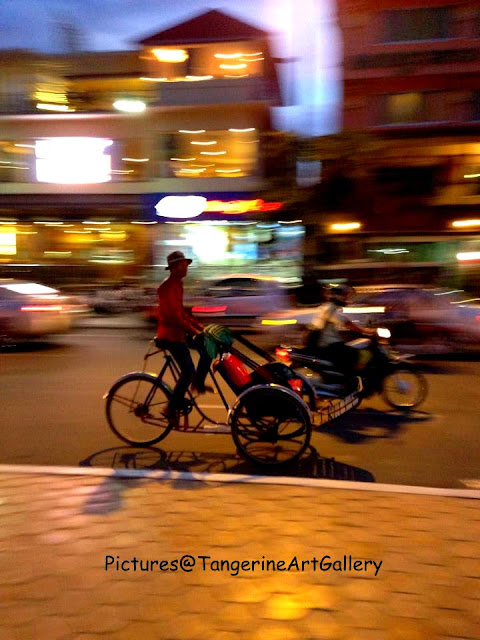 In the Persian Empire, people would pour grape-juice concentrate over snow, in a bowl, and eat this as a treat. This was done primarily when the weather was hot, using snow saved in the cool-keeping underground chambers known as "yakhchal", or taken from snowfall that remained at the top of mountains by the summer capital — Hagmatana, Ecbatana or Hamedan of today. In 400 BC, the Persians went further and invented a special chilled food, made of rose water and vermicelli, which was served to royalty during summers. The ice was mixed with saffron, fruits, and various other flavours.
Ancient civilizations have served ice for cold foods for thousands of years. The BBC reports that a frozen mixture of milk and rice was used in China around 200 BC.[5] The Roman Emperor Nero (37–68) had ice brought from the mountains and combined it with fruit toppings. These were some early chilled delicacies. (Wiki)

Posted by Art and Ginger Chai Conversations at 9:46 PM

Email ThisBlogThis!Share to TwitterShare to FacebookShare to Pinterest
Labels: Ice-cream